Extraordinary evidence exists everywhere: The big bang (something from nothing); the first cell (complex life from non-life); punctuated evolution (information accumulation exceeding the population-mutation rate); sentience (awareness from nano-electro-mechanics); logic/morality (obvious is/ought causality reversal). These require no more proof than that we observe them to exist. Theories to explain this extraordinary evidence can rightly be debated. Such theories necessarily make extraordinary claims.

To avoid confusion with other Don Stoners on the web, I have no connections with sports of any kind, and am not the late Donald L. Stoner (see also here) (W6TNS) of radio and antenna fame. 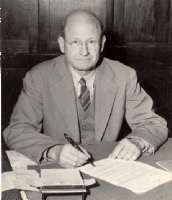 (my grandfather), link to ancestry
Video: The Professor and the Prophets
His Autobiography
Wikipedia Article
Online edition of Science Speaks

A Challenge for Apologists:

At this point in time, my Grandfather's book, Science Speaks is more likely to be weighed for its historical significance than its usefulness as an evangelical tool. "silver Dollars" are now collector's items rather than what a person might carry in their pockets, and formal hermeneutics have become increasingly complex, during the century since these arguments were constructed. In particular, the internet, by its magnitude alone, has made it difficult to do a thorough job of addressing "all" objections which a critical person might raise. e.g.: See this page Here.

As the number of motivated and creative critics increases, it becomes the responsibility of the apologist to evaluate the number of possible ways each prophetic statement might (in theory) be interpreted. For example, in the the Wikipedia page (linked above), the complexity of nailing down the exact size and location of the ancient (and completely removed) original city of Tyre becomes a difficult issue (particularly on an increasingly built-up Mediterranean waterfront).

As the complexity of interpreting the passage increases the number of ways it might have been fulfilled, the numerator of each probability-term increases with it. This numerator was usually presumed to be "1" in my Grandfather's book, but this is no longer a satisfactory assumption. The job of answering every critic with a computer is, at best, a full time job. As the numerators increase, their product also increases greatly.

Those of us who attempt to use century-old arguments to defend the Gospel, must understand that we have a hundred years worth of raised objections which must now be addressed. 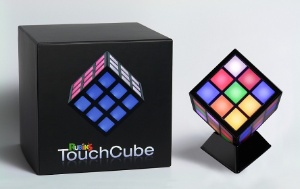